The Rebel, the Soldier and the Outcast - Review 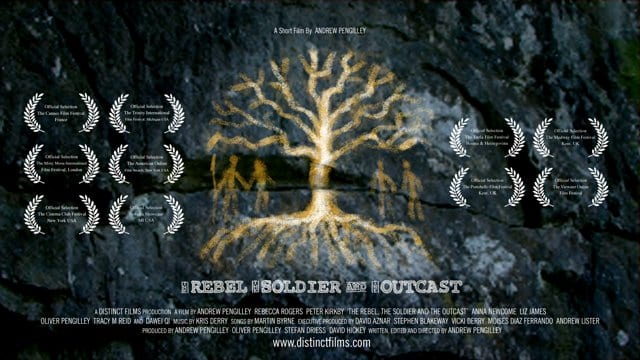 Andrew Pengilley, writer as well as director for this film, weaves together a diabolical plot, blended with intrigue and just the right amount of enthuse to keep you glued to the screen.

It leaves you baffled for sure and at the same time you will be asking for more.

The film takes off with a young woman who decides to spend her Christmas alone instead of meeting her family. She does not want to meet her sister as they do not gel up so well.

The rest of the story keeps you hooked till the very end.

Personally I feel the movie should have been a bit longer. The story has been wonderfully written with appropriate twists and turns. Andrew Pengilley’s superb direction breathes life into the story.

The camera work and editing is beautiful. A job well done!

The cast does a splendid job with their acting. It makes the film more realistic.

The background music really sets the mood as it gives the film an unusually spooky feeling.

This film conveys a message in the very end. Just a suggestion: you might wanna watch it twice just to grasp the concept!

It is definitely going down in my list of exceptionally awesome thriller movies.