The Breakdown on Highway 7 - Review 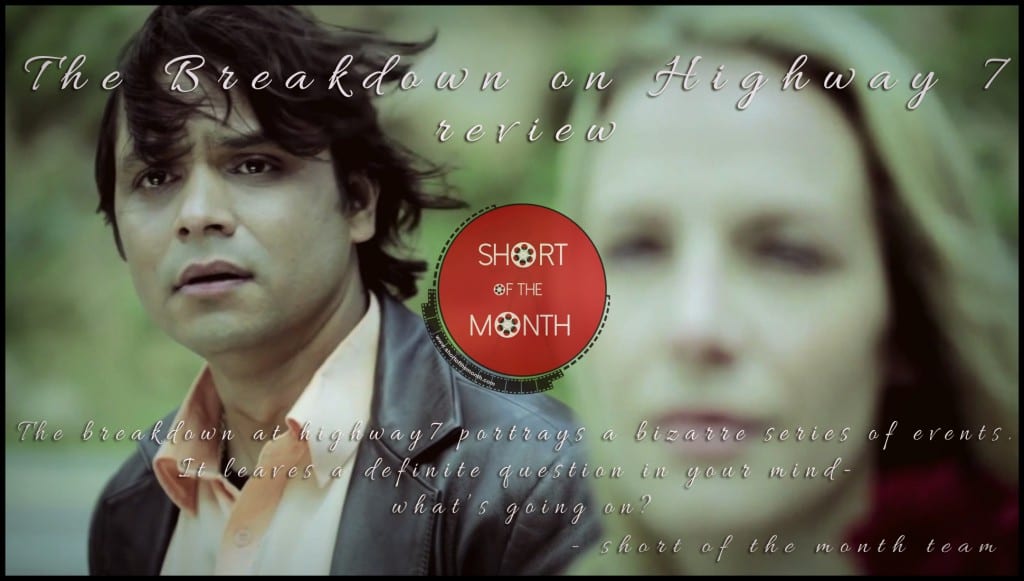 The breakdown at highway 7 portrays a bizarre series of events. It leaves a definite question in your mind- what’s going on?

The film begins with a fugitive (I assume) whose car crashed into the rocks. He hitchhikes into a black car. Suddenly the scene shifts to Dr. Luke bell (Jaswant Dev Shrestha) with his car broken down on the highway. Abandoning his car he decides to walk. Seeking shelter in cave he experiences disturbing dreams. The next day he hitchhikes into the same black car. There are flashbacks to render his lovely relation with his wife. En route to find help he comes across his car again. It was all an illusion and he had died. Now that’s strange! There are so many loose ends I lost count. Was the black car- death in disguise? Was Lukes spirit so anxious to get to his pregnant wife that he didn't realize he died? The time lapse didn't make sense then. The initial scene was captivating, the story build-up got the interest going, the climax and the missing links just took all of that away. Cinematography was brilliant .The scenes and shots were so beautiful and precise. If the screenplay and plot went hand in hand the film would have brought out its story. Director V Vansay Zanubon could have put the pieces of the plot in the right place. A great story could have been told. The sound editing was really good, it kept the suspense rolling. Special appreciation for the actors, Jaswant Dev Shrestha who play Luke bell stood out with his sound performance. Christine Mcquillen who played Nancy bell did well for her part.