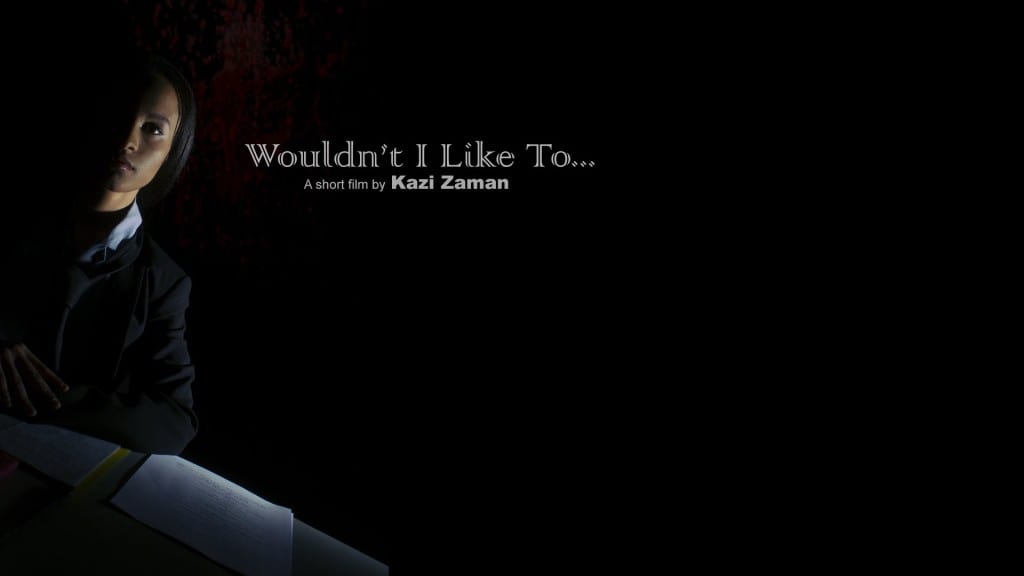 Through the eyes of a psychopathic school girl who yearns for blood. She conceals her true self by wearing her uniform perfectly, sitting up with her back straight and pretending to listen to the teacher. Inside, she feels empty, dying of starvation, the thirst for a killing.

There are things I implemented specifically to the scenes such as the opening of the door in the beginning, telling the audience that they have entered this delusional character's world and the subtle tears flowing down the main character as she continues to stare, showing the passage of time. You will also notice that the school students change positions several times throughout the first scene to also amplify the idea that things are not quite right and we may possibly be looking at this entire image through the eyes of this delusional character.

The shots are carefully framed to make the main character seem like a predator, only looking at her interactions with other people as prey and nothing but objects. This entire idea of her appearing ordinary on the outside and a monster on the inside is a representation of a psychopath.