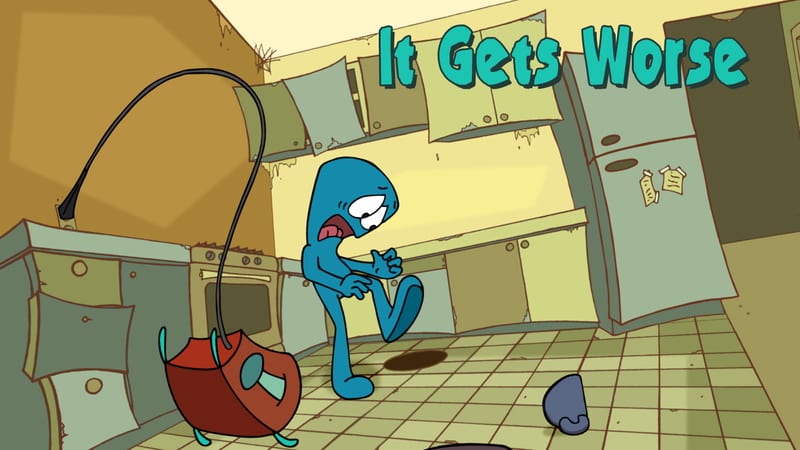 In a cartoon world where anything is possible, Warren begins his day in a whirlwind of chaos. He is woken abruptly by his unimpressed alarm clock, attacked by components of his bathroom, and nearly doesn't escape his own kitchen. Once it seems as though he has gotten control over his situation, Warren makes it to the front door of his apartment building only to find out that it gets worse. He makes the decision to accept the comforting setting of his home rather than venture to the outside world, a little familiar mayhem is better than the alternative.