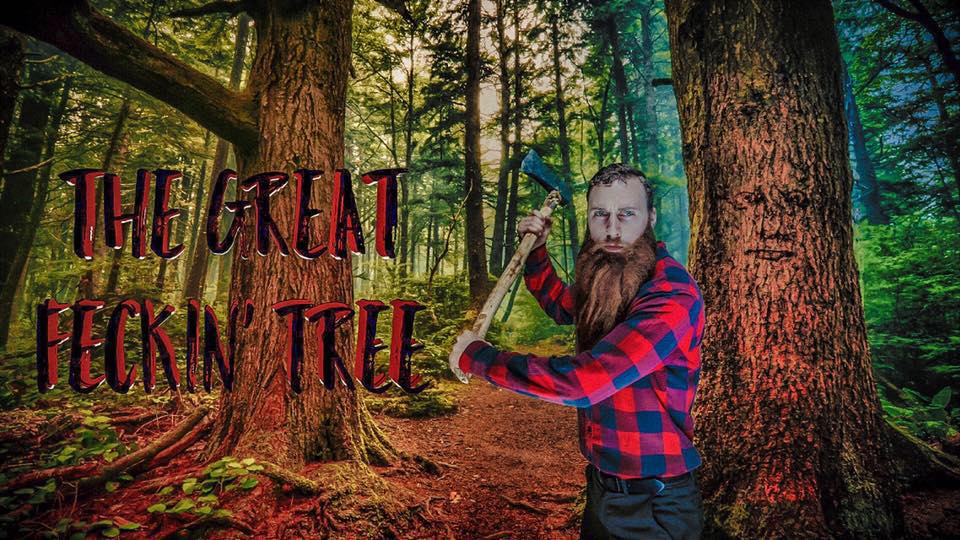 Film not yet available for public screening.
Trailer not available.

A Lumberjack emerges from the forest upon an open glade. He surveys the area, searching for a worthy tree to fell. He spies one in the form of The Great Feckin’ Tree, an Elder Oak. The Lumberjack charges across the glade.

The next day, the Lumberjack returns to the Tree. The Lumberjack, as he winds for yet another strike, is rebuked again not by the Tree’s screeches but rather by its words. The Tree implores the Lumberjack to see reason.

The Tree tells the Lumberjack of the predations of others like himself, destroying in seconds that which took decades to grow. The Lumberjack, reminded of the scraps of his beard he once held in his hands, is awakened to a newfound empathy and resolves to change his path: one that was never made by his own choice. Reconciling with the Tree, the Lumberjack returns to his cabin.

The Lumberjack emerges from his cabin. He leaves his axe propped against the wall of the cabin and walks to the edge of the forest. Taking one last look at his family’s cabin, he departs on a new journey to understand his place in the world.